The August episode of Session with the Pipers is now available to watch on NPU-TV.

It was filmed at An Cultúrlann in Belfast and features Jane Walls (uilleann pipes), Martin Dowling (fiddle) and Davy Maguire (flute), and Len Graham (song).

Watch it here. Session with the Pipers is free to watch for everyone. If you want to support our work, please consider making a donation. 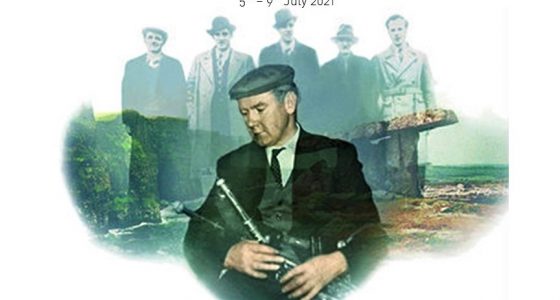 We ask that all students ensure their pipes and regulators are in working condition in advance of the classes.

All students under the age of 18 must be supervised by an adult during the online class. For students under 18, a Parental/Guardian Consent Form must be completed online in advance of the classes beginning.

A piping concert will be held on Wednesday 7th July at 7pm.

Full details of all events can be found at https://www.scoilsamhraidhwillieclancy.com/online-school.

Na Píobairí Uilleann is seeking a permanent full time Administrative Assistant reporting to the Administrator to replace an outgoing member of staff.

Closing date for applications is Wednesday 30th June 2021 at 5pm. Please submit a CV and covering letter to annemarie@pipers.ie.

Maeve has recently completed a BA (Hons) Degree Level 8 in Media Production Management at Ballyfermot College of Further Education. Maeve has also worked in retail and service industries and as a teacher of Irish Traditional music. Maeve is a fiddle player and uilleann piper. She received a HND in Irish Traditional Music Performance in 2020 which included a module in uilleann pipemaking.

Maeve will report to Anne-Marie Bell, Administrator at NPU, and we congratulate her on her appointment and wish her a long, successful and fulfilling career with the organisation.

Na Píobairí Uilleann would like to convey its congratulations to uilleann piper Louise Mulcahy who today was presented with The Arts Council’s Markievicz Award by Minister for Tourism, Culture, Arts, Gaeltacht, Sport and Media Catherine Martin TD.

From a well-known musical family in Abbeyfeale on the Limerick-Kerry border, Louise has performed and recorded extensively both in Ireland and internationally, with her father, Mick and sister, Michelle. As a solo artist, Louise’s first solo production, ‘Tuning the Road’ was released in 2014 and she was part of Na Píobairí Uilleann’s ‘A New Dawn’ publication of young pipers released in 1999.

A leading researcher into the history of women in uilleann piping, Louise has been an active member of Na Píobairí Uilleann since first attending classes as a student and is now a regular contributor as a teacher and performer. Louise frequently performs on the prestigious Alain Froment set of pipes on loan from NPU bequeathed to the organisation by the late Liam O’Flynn.

Speaking about today’s announcement, Na Píobairí Uilleann Chief Executive Gay McKeon commented: “On behalf of NPU and indeed the piping community I’d like to pass on our very best wishes to Louise who has been a wonderful ambassador for piping and traditional music and a most worthy recipient of this significant award. I wish her the very best in her continued musical and research endeavours.”

Administered by The Arts Council on behalf of the Dept. of Tourism, Culture, Arts, Gaeltacht, Sport and Media, The Markievicz Award, worth €25,000 to recipients, was established to honour Constance Markievicz – herself an artist – as the first woman to be elected to Parliament and appointed to cabinet and is intended to provide support for artists from all backgrounds and genres to provide time and space in order to develop new work that reflects on the role of women in the period covered by the decade of centenaries 2012–2023 and beyond. 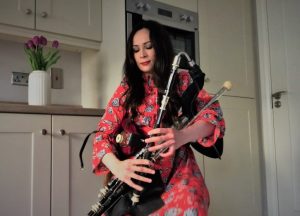 Na Píobairí Uilleann (NPU), the Society of Uilleann Pipers, was founded in 1968 when there were fewer than 100 uilleann pipers remaining. Today NPU is a thriving arts organisation dedicated to Sharing the Sound of Ireland through Access, Education, Performance and Preservation.

Since unveiling its restored Georgian premises at 15 Henrietta Street, Dublin, in January 2007, NPU has been busy catering for the expanding demand for regular tuition, as well as releasing a number of significant publications and recordings. With demand for pipes considerably exceeding supply, a dedicated Training Centre – PipeCraft – was established in 2011 to deliver training in the very highly skilled craft of uilleann pipe making.

NPU is accredited to UNESCO as a competent NGO in the field of Intangible Cultural Heritage (ICH).

Na Píobairí Uilleann’s primary funding agencies include the Department of Culture, Heritage, and the Gaeltacht, The Arts Council / An Chomhairle Ealaíon and Dublin City Council.

Letter of application together with detailed CV addressed to The Administrator, Na Píobairí Uilleann, 15 Henrietta Street, Dublin 1, D01N504 or by email to annemarie@pipers.ie to arrive not later than 5 p.m. on Friday 16th April 2021.

We wish a Merry Christmas and a Happy New Year to all our members and pipers worldwide from the board and staff at Na Píobairí Uilleann.

Thanks to our members, volunteers and participants for their support this year. We look forward to 2021 and hope that you can join us throughout the year for our events and activities. If you would like to keep updated, be sure to follow our website and social media pages, or get in touch with us at info@pipers.ie. 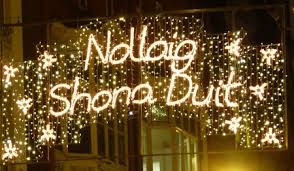 To support individual artists and the wider arts sector in Ireland, we will keep our site visitors and members updated on funding opportunities that may be of interest.

Below is a list of current funding opportunities available to traditional artists:

A nationwide artist development scheme by the 31 Local Authority Arts Offices, in collaboration with the Arts Council

The Association of Local Authority Arts Offices (LAAOs), in collaboration with the Arts Council, present PLATFORM 31 – a national opportunity for artists to develop their practice and test new ideas of collaboration, research, audience development, place-making and sharing their work.

Designed to support and offer career development for 31 mid-career artists (one artist in each of the 31 local authorities around Ireland), there are two elements of support for participating artists in the scheme: financial and developmental. Participating artists will receive an €8,000 bursary to invest in themselves and their practice, combined with participation in an advisory and developmental framework and a peer network.

The scheme will establish a peer networking framework for participating artists, introducing them to a pool of critical thinkers to share their work and learnings, and encouraging a national conversation about creating work in local contexts. The exact nature of this artist support framework will be informed by the proposals and interests of the 31 artists selected. The award is open to artists of any discipline and practice, based in Ireland, as well as multi-disciplinary practice and design of all kinds. It is designed to support mid-career artists who must have been in receipt of support/investment from a Local Authority Arts Office or the Arts Council within the last three years.

Note: As these are non-NPU funding opportunities, please see the relevant website for the latest information and eligibility requirements.

We are now taking registration of interest for classes at our 15 Henrietta Street HQ, due to commence on Tuesday 29th September 2020. This is subject to government measures surrounding COVID-19.

Places are subject to availability.

Thanks to the support of the Design and Crafts Council of Ireland, Na Píobairí Uilleann are delighted to announce an uilleann pipe making mentoring programme. The programme will provide one-to-one mentoring to emerging pipe makers over an intensive one-week period.
The mentoring programme will take place between September 2020 and February 2021. Na Píobairí Uilleann will take into account all COVID-19 guidelines from HSE/Government.

The programme is named in honour of Leo Rowsome, uilleann piper, uilleann pipes teacher, and master uilleann pipes maker whose work continues to provide inspiration and set an example of excellence to pipe makers today. 20th September 2020 will be the 50th anniversary of his death.

Applications must be returned to info@pipers.ie by 5PM (IST) on Friday 11th September 2020.