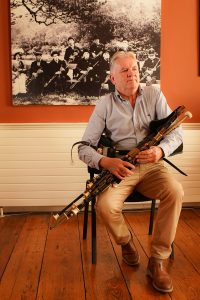 Gay Mc Keon was on the Board of Na Píobairí Uilleann from 1987, when he became Secretary. He subsequently served for five years as Treasurer and was the Chairman from 2002 until 2006 when he took on the job of CEO. He comes from a Dublin family noted for their involvement in Irish music – his father Tom was one of the activists who kept the Dublin Pipers Club running in the mid years of the last century. He is surrounded by piping; his brother Tomás and his two sons Conor and Sean also play. Along with his sons Gay has made two CDs, Irish Piping Tradition (1997 – CDGMK001) and The Dusty Miller (2005 – CDGMCK002 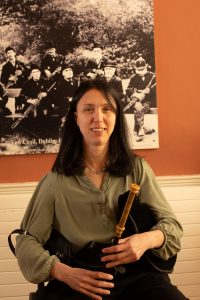 Daniela Ferretti is an uilleann piper. She studied Contemporary Music at the University of Macerata, Italy before moving to Dublin where she worked in the advertising industry. She has assisted NPU as a volunteer for International Uilleann Piping Day over the past ten years. 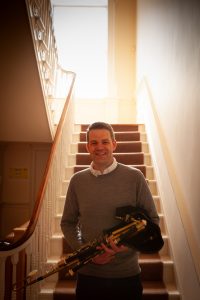 Emmett Gill has been a piper and member of Na Píobairí Uilleann from an early age. He began piping at the London Pipers’ Club in Camden Town.

He has regularly taught for Na Píobairí Uilleann and served as a board member from 2011. His professional background is in administration and financial services.

Emmett has made two CDs, The Mountain Groves (2007) and a duet with fiddle player Jesse Smith The Rookery (2012). 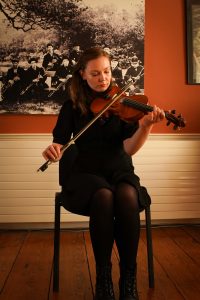 Ellie Níc Fhionnghaile is a fiddle player and singer from Donegal with a keen interest in the arts and Irish language. She is completing a Masters in Music Research and holds a BA (Hons) Degree in Applied Music with a specialisation in Ethnomusicology from Dundalk Institute of Technology. Ellie has also worked in retail and as a fiddle and song teacher. 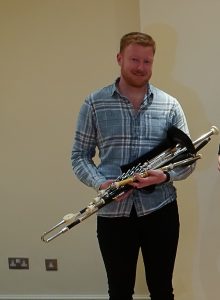 Éanna Harrington’s first taste of the pipes came at age 11 under the tutelage of Pádraig Sinnott. A native of Co. Wexford, Éanna sites his influences to Wexford pipers specifically Ned Wall, Brendan Wickham and Mark Redmond. He studied History & Nua-Ghaeilge at Maynooth University and spent a number of years working in the agricultural sector. 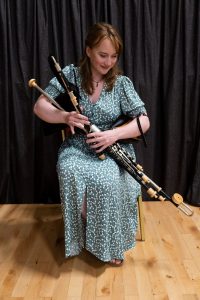 Muireann Ní Shé is an uilleann piper, singer and multi-instrumentalist from Ballinhassig in County Cork. Born into an Irish speaking family, Muireann has been deeply immersed in traditional music all her life.

Muireann has a passion for music education and is an experienced tutor of the pipes, flute and whistle. She is also highly experienced in teaching musicianship and Suzuki violin in primary schools where she uses traditional music and song as a foundation. Muireann holds a First Class Honours BMus degree from the MTU Cork School of Music where she gained significant experience in choral conducting, orchestral arranging and composition.