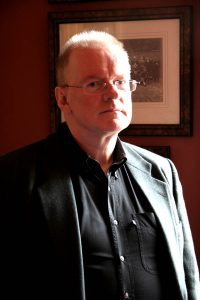 Seán Donnelly was born in Dublin and educated at Trinity College, Dublin. As a teenager, he became interested in bagpipes of various kinds, and began learning the uilleann pipes in Na Píobairí Uilleann in the 1970s. Breandán Breathnach, founder and chairman of NPU, encouraged Seán’s interest in research and writing, publishing his first articles in his own journal, Ceol. Since then, Seán has contributed articles on piping, harping, dancing, and on various aspects of Irish music including transcriptions of old piping recordings. Seán’s work has appeared in many academic and local history journals, as well as to An Píobaire, the newsletter of Na Píobairí Uilleann. Sean’s authoritative works include The Early History of Piping in Ireland (2001) and “A century of pipemaking, 1770-1870: new light on the Kennas and the Coynes” (2002).He remains particularly interested in the parallels and differences between the Irish piping tradition and that of countries such as Scotland and England. His interest expanded to take in the history of traditional music and dance in general from the seventeenth to the twentieth centuries.