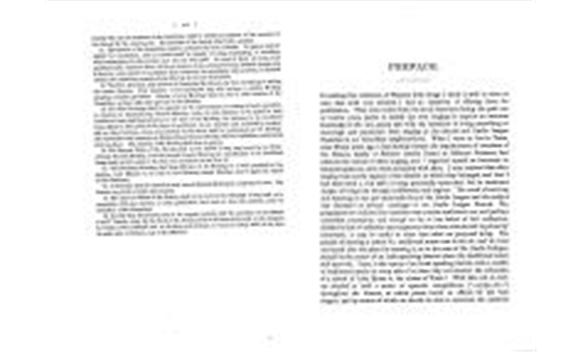 Previous | Next
Journal of the Irish Folk Song Society, Volume 3, Issue 16, Page 9
5 views
Favourite | Share | Feedback
periodical Publisher
Irish Folk Song Society
periodical Editor
[Periodical]
periodical Title
Journal of the Irish Folk Song Society
volume Number
3
issue Content
( xvi )Society who are not members of the Oommittee, shall be elected, as Auditors of the accounts ofthe Society for the ensuing year. Six members of the Society shall form a quorum.11. The election of the Committee shall be conducted by show of hands. No person shall beeligible for nomination, and no member shall be capable of voting, nominating, or seconding,whose subscription for the current year has not been paid. En event of there not being morecandidates than vacancies there will be no election, those nominated being declared elected, andif there be a less number of candidates than vacancies, the candidates will, as before, be declaredelected, the remaining vacancies being filled up by the new Committee.12. The Hon. Secretary may summon a Committee Meeting at any time on stating in writingthe reason theref or. Four members of the Committee may also convene a similar Meeting,adopting a similar procedure. Notices of such Meetings shall be sent to each member of theCommittee, at least eight days previous to the Meeting.13. The Hon. Secretary shall be required, on the representation in writing of twelve rnember ,to summon an Extraordinary General Meeting, notice of such Meeting to be posted to eachmember at least eight days previous to the date of the Meeting; the business to be consideredbeing stated on this notice in the form of resohitions by one member, and seconded by another,and no other business, except am ndments to the above, shall be entertained at the Meeting.The Committee may summon an Extraordinary General Meeting without requisition, notice beinggiven as above. Six members of the Society shall form a quorum.14. The General Rules of the Society shall not be ultered in any way except by an Extra.ordinary General Meeting, or at the Annual General Meeting, the amendments to be consideredbeing stated on the notice in the form of a resolution, as per Rule 13.15. The Honorary Secretary shall keep Minutes of all Meetings in a book provided for thepurpose, such Minutes to be read at the following similar Meeting, and, if approved, signedby the Chairman.16. A Chairman shall be elected at each Annual General Meeting by a majority of votes. Hisdecision on points of order shall be final.17. The name or address of the Society shall not be used on the title.page of any book, or inconnection with any circular, or other publication, save such as have the sanction, given byresolution, of the Committee.18. In order that this Society may in all respects conform with the provision of the Statute6 and 7 Victoria, chap. 36, the funds of the Society shall at all times be devoted to the purposesfor which it was instituted, and no dividend, gift, division, or bonus in money shall at any timebe made unto, or between, any of the nThmbers.PREFACE.IN making this collection of Western Folk Songs I think it well to state atonce that until very recently I bed no intention of offering theni forpublication. They were noted down by me at intervals during the past tenor twelve years, partly to satisfy my own longing to acquire an accurateknowledge of the airs, partly also with the intention of doing something toencourage and popularize Irish singing in the schools and Gaelic LeagueBranches in my immediate neighbourhood. When I came to live in Tuam,some fifteen years ago, I had already formed the acquaintance of members ofthe Hession family of Beiclare (beside Tuam) at different Feisanna, hadadmired the beauty of their singing, and J regarded myself as fortunate inbeing brought into such close proximity with them. I Boon realized that theirsinging was merely typical of the district to whichthey belonged, and that Ihad discovered a rich field of song practically untouched, but in imminentdanger of being lost through indifference and neglect. The work of revivingand fostering it was pre-eminently that of the Gaelic League, and the subjectwas discussed at several meetings of our Gaelic League Branch. Theprogramme we outlined for ourselves was a rather ambitious one, and perhapssomewhat premature, and though so far it has failed of full realization,chiefly for lack of sufficient encouragement from those who should be primarilyinterested, it may be useful to state here what we purposed doing. Theproject of starting a school for traditional music was in the air, and we wereconvinced that the place for starting it, as in the case of the Gaelic Colleges,should be the centre of an Irish-speaking district where the traditional musicstill survived. Tuam is the centre of an Irish-speaking district with a wealthof traditional music on every side of it; then why not interest the advocatesof a school of Irish Music in the claims of Tuam? With this end in viewwe decided to hold a series of open-air competitions (Aep1 eAdca )throughout the district, at which prizes would be offered for the bestsingers, and by means of which we should be able to ascertain the material
issue Number
16
page Number
9
periodical Author
[Periodical]
issue Publication Date
1967-01-01T00:00:00
allowedRoles
anonymous,guest,friend,member