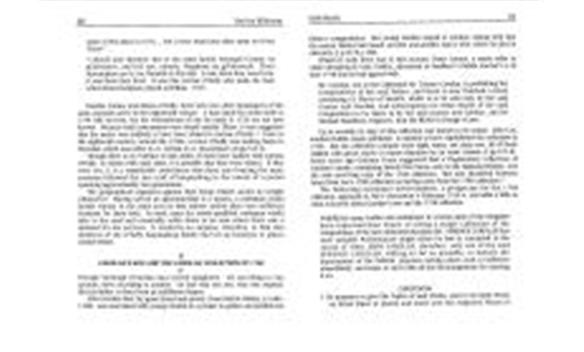 Previous | Next
Ceol na hÉireann / Irish Music, Volume 1, Issue 1, Page 15
7 views
Favourite | Share | Feedback
periodical Publisher
Na Píobairí Uilleann
periodical Editor
Chairman, NPU
periodical Title
Ceol na hÉireann / Irish Music
volume Number
1
issue Content
20Ceol na hEireann Irish Music21name of this place in 1610,... but I never heard any other name on it butDoon.I should also mention that to the same family belonged cormac nagClirseach, and his son, namely, Maghnus na gClirseach. Theirdescendants are in An Chraobh to this day. It was there they were born;it was there they lived. It was this Cormac OKelly who made the harpwhich Denis Hempson played at Belfast, 1792,Besides Cormac and Manus OKelly, there were two other harpmakers of thesame surname active in the eighteenth century. A harp made by a John Kelly in1734 still survives, but the whereabouts of one he made in 1726 are not nowknown. Because both instruments were found outside Ulster, it was suggestedthat the maker was unlikely to have been related to Cormac OKelly.lO Later inthe eighteenth century, around the 1 780s, a Conor OKelly was making harps inCloonfad, which was either in co. Leitrim or co. Roscommon (II pp. 1 65-6).Though there is no evidence to link either of these later makers with cormacOKelly, or indeed with each other, it is possible that they were related. If theywere not, it is a remarkable coincidence that three men bearing the samesurname followed the rare craft of harpmaking in the course of a periodspanning approximately two generations.The geographical argument against their being related carries no weightwhatsoever. Having served an apprenticeship to a master, a craftsman wouldhardly remain in the same area as that master unless there was sufficientbusiness for them both. In most cases the newly-qualified craftsman wouldtake to the road and eventually settle down in an area where there was ademand for his services. It would be no surprise, therefore, to find thatmembers of the OKelly harpmaking family had set up business in placesoutside Ulster.IICAROLANS SON AND THE CAROLAN COLLECTION OF 1748(i)Though Turlough Ocarolan had several daughters - six according to oneaccount, three according to another - he had only one son, who was reputed,like his father, to have been an indifferent harper.After Carolan died, his great friend and patron, Dean Patrick Delany (c. 1685-1768), was associated with young carolan in a project to gather and publish hisfathers compositions. But young Carolan eloped to London, taking with himthe money Delany had raised (E1600) and another mans wife, where he died inobscurity (I p.39, lip. 158 ).Whatever truth there was in this account, Denis Connor, a music-seller inLittle Christchurch Yard, Dublin, advertised in Faulkners Dublin Journal 14-18June 1748 that he had agreed withMr. Carolan, son to the Celebrated Mr. Terence Carolan, in publishing theCompositions of his said Father, and there is now finished a Bookcontaining 61 Pieces of Musick, which is to be sold only by the saidConnor and Carolan, and subscriptions for Other Books of the saidComposition to be taken in by the said Connor and Carolan, and byMichael Handbury, Engraver, near the BEAR in Georges Lane.Up to recently no copy of this collection was known to be extant. John Lee,another Dublin music-publisher, is claimed to have republished the collection in1780. But his collection contains sixty-eight tunes, not sixty-one, all of themriddled with gross errors: it cannot therefore be an exact reissue (I pp. 1 27-8).Some years ago Grinne Yeats suggested that a fragmentary collection ofCarolans music, containing twenty four tunes, now in the National Library, wasthe sole surviving copy of the 1748 collection. She also identified fourteentunes from Lees 1780 collection as having come from the 1748 collection. 11The following newspaper-advertisement, a prospectus for the 1748collection, appeared in Fues Occurences 4 February 1743-4, and adds a little towhat is known about Carolans son and the 1748 collection.WHEREAS many Ladies and Gentlemen in several parts of the Kingdomhave expressed their Desire of seeing a proper Collection of thecompositions of the late celebrated Musician Mr. TERENCE CAROLAN lestsuch valuable Performances might either be lost or corrupted in thecourse of Time: JOHN CAROLAN, therefore, only son of the saidTERENCE CAROLAN, willing as far as possible, to Satisfy theExpectations of the Publick, proposes setting about such a Collectionimmediately, and hopes to meet with all due Encouragement for carryingit on.CONDITIONSI He proposes to give fair Copies of said Works, each to be fairly Wroteon Royal Paper in Quarto and insert over the respective Pieces of
issue Number
1
page Number
15
periodical Author
[Various]
issue Publication Date
1993-01-01T00:00:00
allowedRoles
anonymous,guest,friend,member