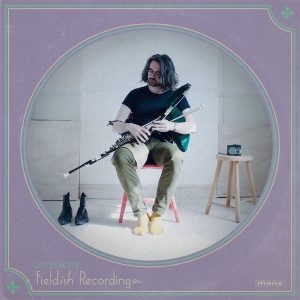 ‘I love what you’re doing with the cassette and wish I had done it myself. The tone of your pipes is just like mine on those old tapes from the 80’s. I hope this doesn’t mean that your grandchildren will be releasing albums of digital distortion!’ – Ronan Browne

All tracks recorded via cassette tape in Cardiff, Wales, March of 2021. Jason plays a set of pipes made by Geoff Wooff pitched between C and B (#62), and a tin whistle by John Sindt pitched in D

Well, it’s pretty niche, but this is for the fans of all the old Irish music field recordings. Tapes such as these were passed between musicians like sacred relics, sometimes finding their way onto a commercial release, but more often than not locked away within the golden circle. This album is a love letter to those days: it’s personal, imperfect, raw, and immediate.

I recorded this album on my own old Awia cassette recorder, one that was a mainstay in my pipes box since I was a child. It’s recorded many concerts, recitals, lessons, and many of my favourite pipers over the years. I chose some tunes for this album to reflect my 21 year graduation as a piper and my growth from listening to these recordings.