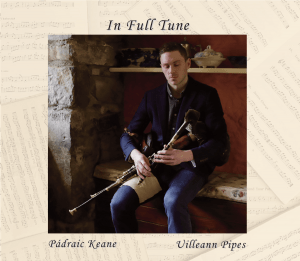 In Full Tune is the debut solo piping album by Galway piper Pádraic Keane. The music featured on the album is a mix of both popular and lesser-heard tunes from the traditional repertoire. Inspiration is drawn from the music which he learnt growing up, as well as from the piping tradition of the last two centuries. The music is performed on three sets of uilleann pipes made in the 19th, 20th and 21st centuries, which are detailed in the album notes along with insightful information on the tunes.

Availability: Out of Stock