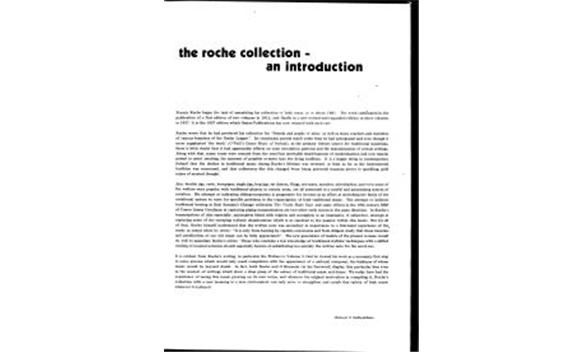 Previous | Next
Roche, Francis - Collection of Irish Airs, Marches and Dance Tunes, Volume 1, Issue 1, Page 3
41 views
Favourite | Share | Feedback
periodical Publisher
Pigott & Co. 1927
periodical Editor
Roche, Francis
periodical Title
Roche, Francis - Collection of Irish Airs, Marches and Dance Tunes
volume Number
1
issue Content
the roche collectionan introduction4Francis Roche began the task of assembling his collection of Irish music in or about 1891 [ he work culrn inated in thepublication of a first edition of two volumes in 1912, and finally in a new revised and expanded edition in three volumesin 1927. It is this 1927 edition which Ossian Publications has now reissued with such careRoche wrote that he had produced his collection for friends and pupils of mine, as well as many teachers and membersof various branches of the Gaelic League. Its circulation proved much wider than he had anticipated and even though itnever supplanted the book (0 Nei I l .s Dance Music of Ireland), as the primary literate source for traditional musicians,there is little doubt that it bad appreciable effects on tune circulation patterns and the popularisation of certain settings.Along with that, many tunes were rescued from the cruel but inevitable death-hammer of modernisation and now remainpoised in print awaiting the moment of possible re-entry into the living tradition. It is a happy thing in contemporaryIreland that the decline in traditional music during Roches lifetime was reversed, at least as far as the instrumentaltradition was concerned, and that collections like this changed from heing potential museum pieces to sparkling, goldmines of musical thought.Airs, double jigs, reels, hornpipes, single jigs,.bop jigs, set dances, flings, set-tunes, marches, schottisches. and even some ofthe waltzes once popular with traditional players in certain areas, are all presented in a careful and painstaking system ofnotation. His attempt at indicating sliding-ornaments is progressive for its time as an effort at stretching the limits of thenotational system to cater for specific problems in the transcription of Irish traditional music. The attempt to indicatetraditional bowing in Batt Scanlans Chicago collection The Violin Made Easy and some efforts in the 19th century MSSof Canon James Goodman at capturing piping ornamentation are two other early moves in the same direction. In Rochestranscriptions of Airs especially, quintuplets blend with triplets and sextuplets in an impressive, if subjective, attempt atcapturing some of the sweeping rythmic abandonment which is so essential to the passion within this music. But for allof that, Roche himself understood that the written note was secondary in importance to a first-hand experience of the,music as sound when he wrote: It is only from bearing by capable executants and from diligent study that these beautiesand peculiarities of our old music can be fully appreciated. The new generation of readers of the present re-issue woulddo well to assimilate Roches advice. Those who combine a low knowledge of traditional stylistic techniques with a skilledreading of musical notation should especially beware of substituting too quickly the written note for the aural one.It is evident from Roches writing, in particular the Preface to Volume 3. that he viewed his work as a necessary first stepin some process which would only reach completion with the appearance of a national composer, the Irishness of whosemusic would be beyond doubt. In fact, both Roche and 0 Braonain (in his foreword) display this particular bias evenin the context of writings which show a deep grasp of the nature of traditional music and dance. We today have had theexperience of seeing this music growing on its own terms, and whatever his original motivation in compiling it, Rochescollection with a new meaning in a new environment can only serve to strengthen and enrich this variety of Irish musicwherever it is played.Micheal (1 Suilleabhain
issue Number
1
page Number
3
periodical Author
Roche, Francis
issue Publication Date
1982-01-01T00:00:00
allowedRoles
anonymous,guest,friend,member