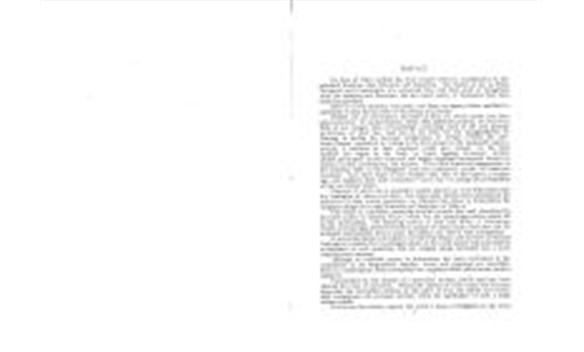 Previous | Next
O'Neill - Irish Minstrels and Musicians, Volume 1, Issue 1, Page 4
8 views
Favourite | Share | Feedback
periodical Publisher
Regan Printing House, Chicago, 1913
periodical Editor
[none]
periodical Title
O'Neill - Irish Minstrels and Musicians
volume Number
1
issue Content
PREFACEXo class of Irish worthies has been treate(l with less consideration in bio-graphical literature than Minstrels and Musicians. The Bards, as far as Poets.Lawgivers and Genealogists are concerned, have had their meed of recognitionfrom the annalists and historians, but the fourth order, or Musicians, have beenmuch less glorified.Mirth is Gods medicine, and never was there an agency better qualified toadminister it than the favorites of the Muses in all lands.Pitiably few are the harpers. unrivaled in their art, whose names even havebeen preserved. To casual mention, rather than deliberate p pom, we owe not alittle of our meagre store of knowledge concerning some of the very greatestperformers of their (lay, and had it not been for the thoughtfulness ofBunting in havTng the personal recollections of Arthur ONeill, the cele-brated harper, committed to writing in the first decade of the nineteenth century,scarcely a tradition of their existence would now remain. As the harpdeclined the vogue of the Irish, or L nion bagpipe increased. Accorn-plished performers on this improved and highly developed instrument became asfamous as their predecessors, the harpers. They filled theatrical engagements inthe principal cities of the Kingdom, and even entertained royalty on numerousoccasions. Now their status is less enviable than that of the harper a centuryago, and similarly their utter extinctionsad to sayis among the probabilitiesof the not distant future.Histories of music are so wanting in certain features, as to he little better thandry catalogues of names and dates; and while other nations have perpetuated thememories of their worthy musicians, no Plutarch has arisen to immortalize theforgotten though deserving Minstrels and Musicians of Ireland.The desire to contribute something helpful towards that end, stimulated bythe brief notices in Grattan Floods works was the underlying motive which ledto this undertaking. The flattering reviews of iris!? Folk Music: A FascinatingHobby. and the eager interest evinced by people of similar tastes from near and farindicated unmistakably that to many the subject was still of vital consequence.In preparing chapters descriptive of Irish Folk Music, and the lives of eminentIrish pipers, intended for an enlarged edition of the work named, (lata and materialaccumulated in such quantities, that the original design developed into a morecomprehensive purpose.Although no available source of information has been overlooked in thecompilation of the biographical sketches. errors and omissions are inevitable.Even so. something has been accomplished in a neglected field which invites furtherendeavor.Unrestrained by the dictates of commercial wisdom, fervid zeal may havesilenced the voice of discretion. Should the student of Irish music lore howeverappreciate the diversified contents of this labor of love, the author can endurtwith complacence the personal sacrifice which the publication of such a largevolume entails.\Vords can but faintly express the writers sense of obligation to the score
issue Number
1
page Number
4
periodical Author
O'Neill, Capt. Francis
issue Publication Date
1913-01-01T00:00:00
allowedRoles
anonymous,guest,friend,member