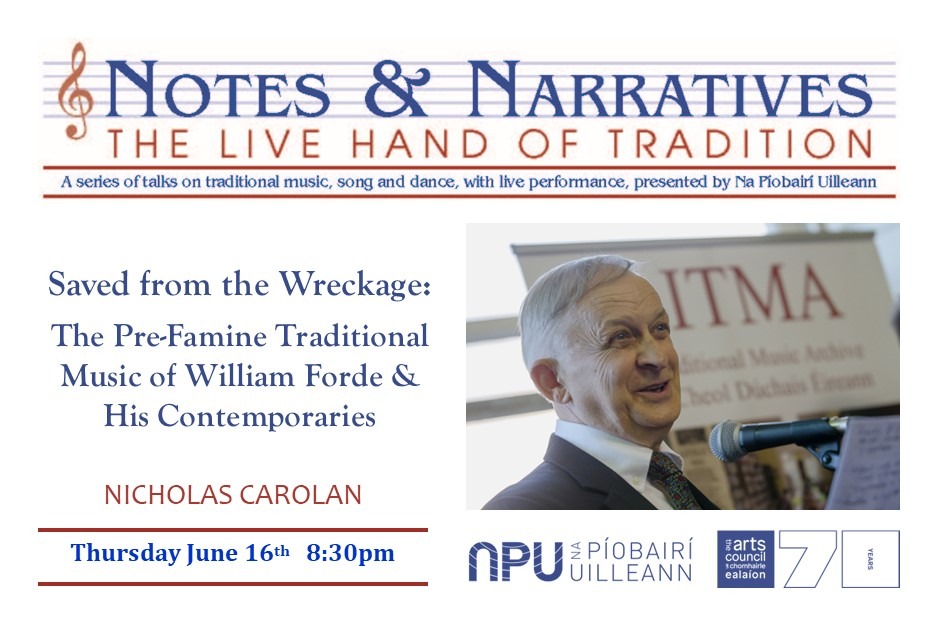 William Forde (1797–1850), a native of Cork city, divided his professional life between Cork and London. As a performer he specialised in concert flute and piano, and he was also a composer and arranger, a promoter and musical director of concerts and festivals, a teacher of music and singing, an editor of numerous collections of classical and popular music for London publishers, and the author of a range of instructional manuals and theoretical works on music. But from 1840 Forde was increasingly attracted to the collection and study of Irish traditional music. Collecting at first in Munster, he later wrote music from Irish singers and musicians in London, and undertook a major collecting trip to Connacht during the Famine year of 1846. His collection of Irish melodies, the largest made until his time, remained unpublished at his death.

Nicholas’ talk will take place in 15 Henrietta Street, Dublin 1 and will start at 8:30pm on Thursday 16th June 2022. Admission is €10 (concession rate €5). Tickets are available through Eventbrite or contact the office at info@pipers.ie or by phone +353-1-8730093. For those unable to attend in person, it will also be live streamed for free through our channel NPU-TV.

Supported by The Arts Council.