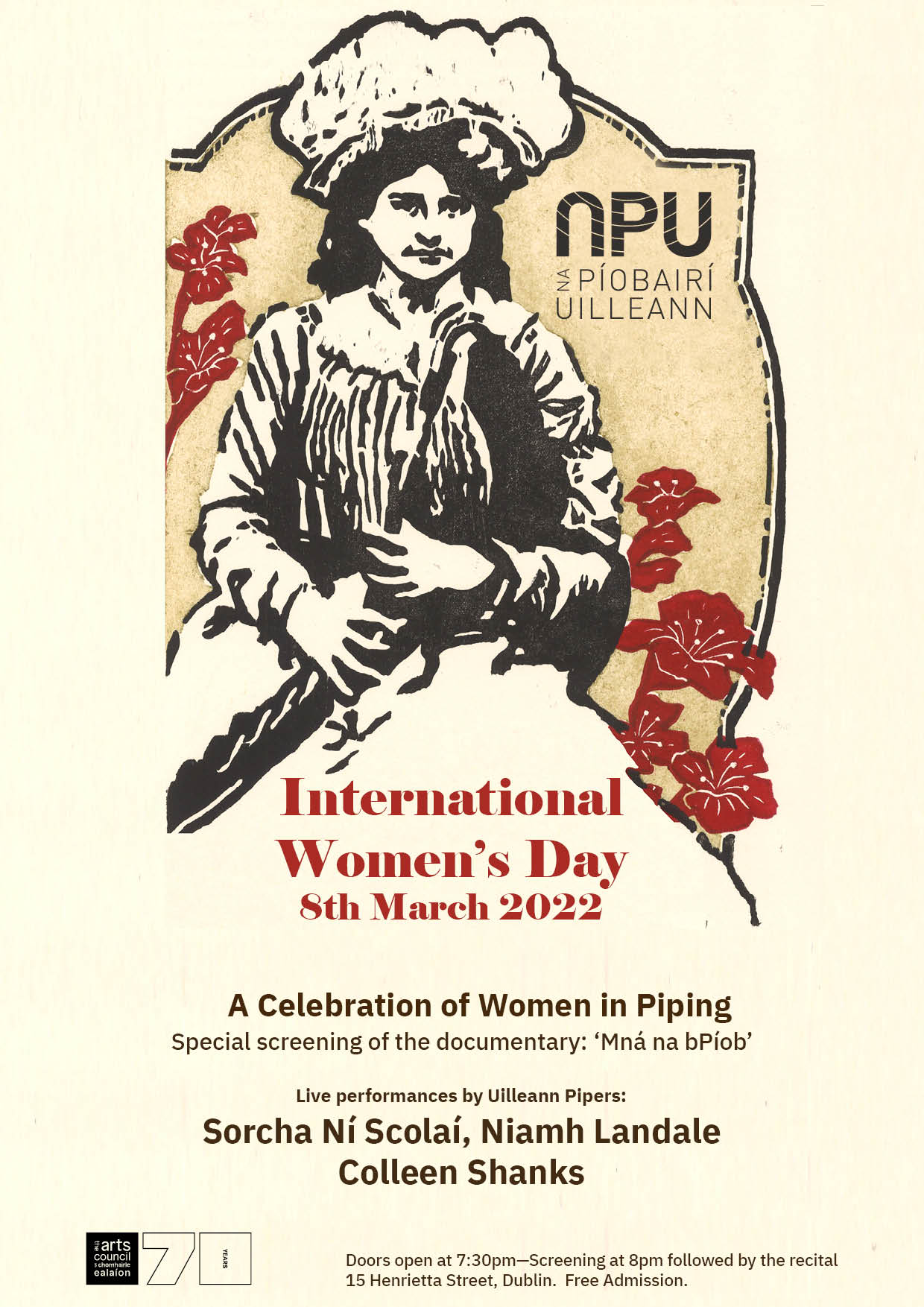 Na Píobairí Uilleann will be holding a special performance and screening of Mná na bPíob, a documentary film which brings to the fore the lesser known stories of a group of female pipers from the mid 19th to 20th century. It also features musical performances from some of Ireland’s leading female pipers. The event will also feature a recital with Sorcha Ní Scolaí, Niamh Landale and Colleen Shanks. Recital will start at 8pm on Tuesday 8th March. Admission is free.